Trading in Helium Rain allows companies to exchange resources between each other in a living world. Resources are produced and consumed by stations and can be transported with cargos.

Note that in most cases, a station will only sell resources it produces and buy resources it consumes. One exception to this is the Supply outpost that buys and sells fleet supply. When selling supply, the outpost will apply a significant margin to any ship or station that used it to refill or repair.

Distant fleets do not need to dock with stations, but each trade (each single exchange) will take them a full day to complete.

One may automatize this process using trade routes.

Assigned fleets may include military vessels for defense.

Below is a trade route example where cargos will buy Dihydrogen in The Spire, buy Fuel in Lighthouse, Buy Iron Oxyde in Miner's Home, then sell it all in Miner's Home's Steelworks. Afterwards they will buy Steel from them and ferry it to Blue Heart's Shipyard. 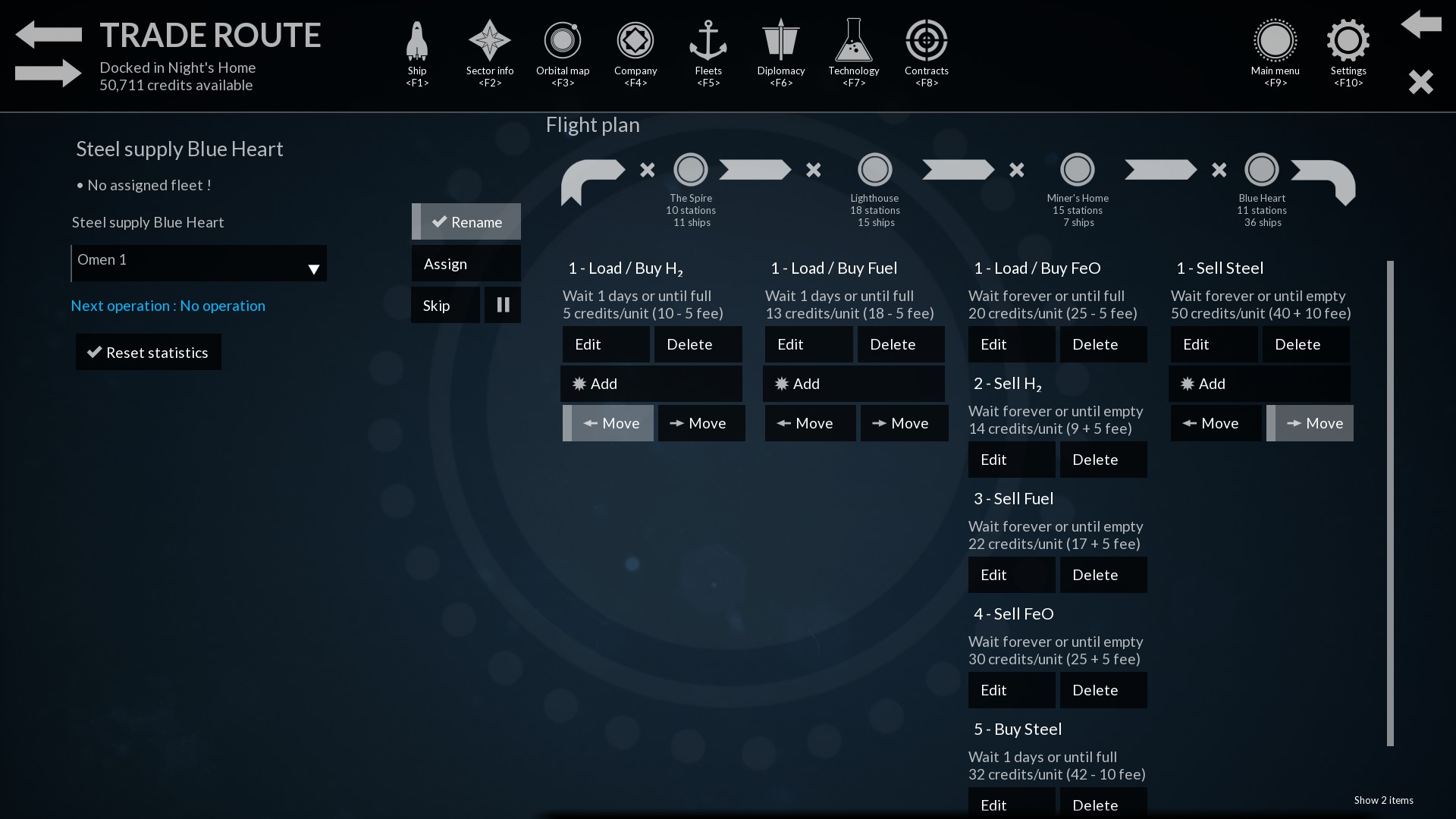 There are several ways to find worthwhile deals or trade routes.